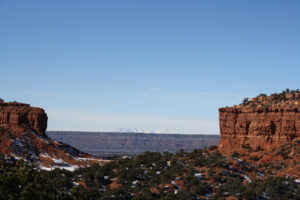 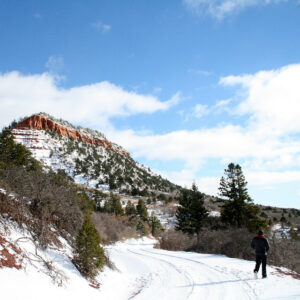 There’s something magical about snow covered grounds, I’ve loved them since I was little. Granted a big part of growing up in VA is with a mere 1 in of snow either equals a 2 hour delay or no school for the day 🙂 I remember during the winters going to bed every night wishing the next morning I’d wake up to fresh fallen snow. My friends and I would plan after school, <<don’t forget before you go to bed 1)turn your PJ’s inside out 2)do the snow dance>>. Moving out west normal amounts of snowfall were what my child self would’ve considered a blizzard!

As we’ve started spending more and more time in Southeast UT, it has grown to be one of my favorite places to spend winters as well. The blend of red and green with an added white element resulting in new methods for exploring the country.
Posted on 31 December 2014 by Natalie