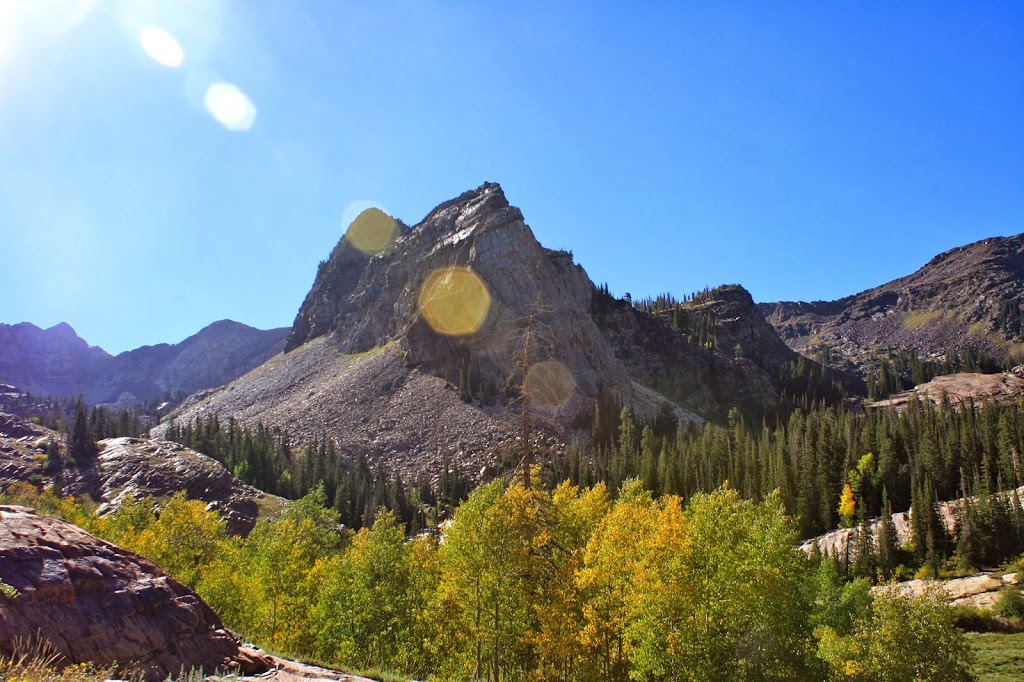 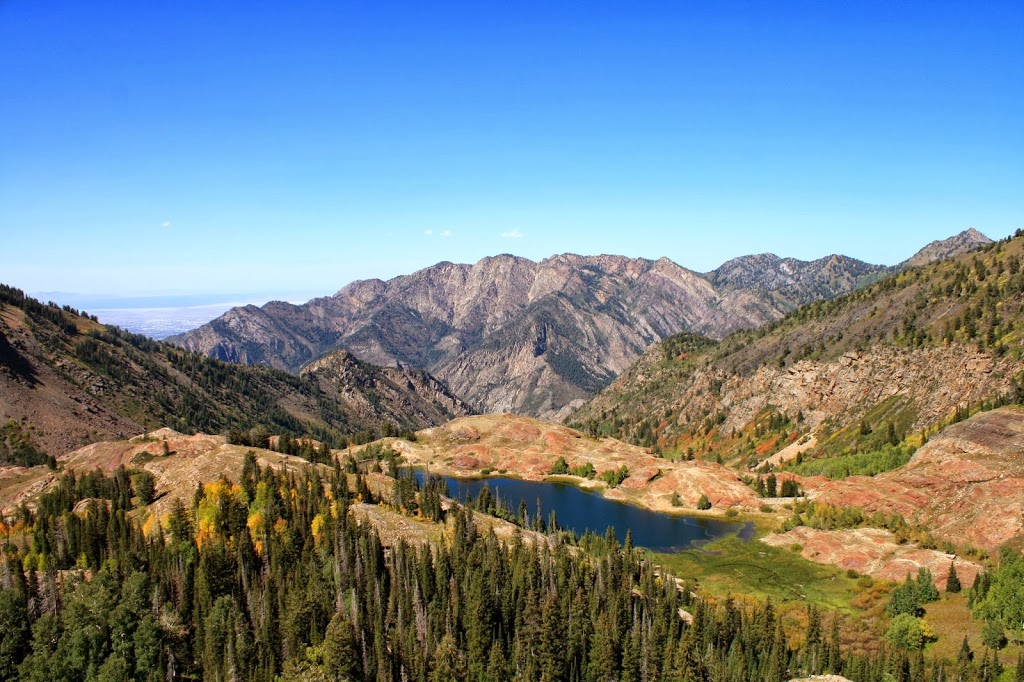 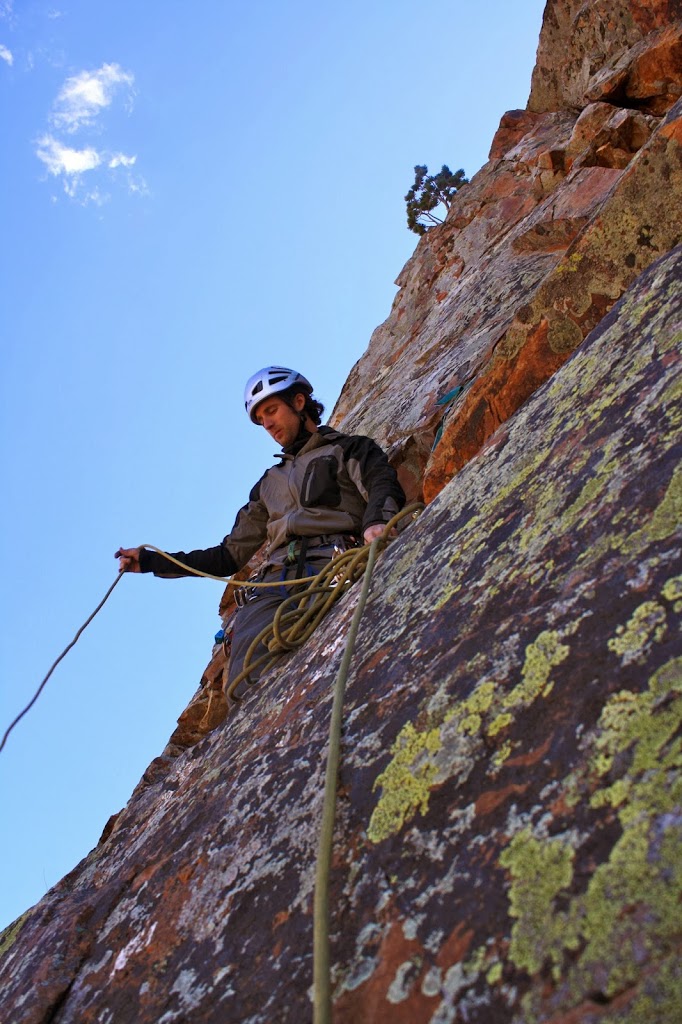 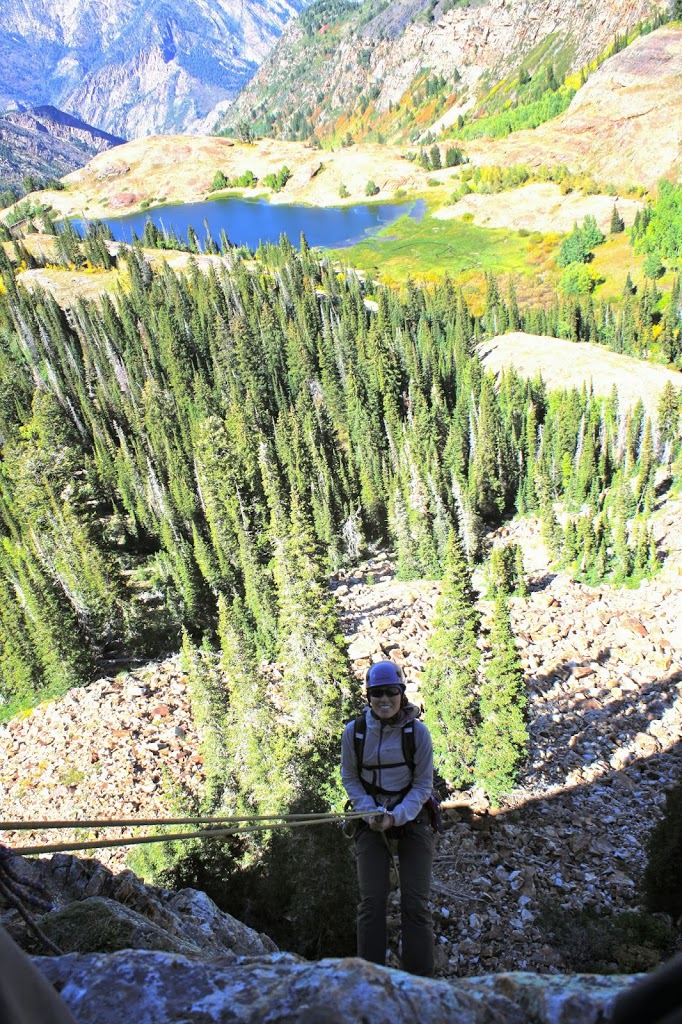 We’ve been home from Iceland for a few weeks now and are enjoying the sun and WARMTH! Dustin decided it was time to get back out and work on our climbing list, next up was the Sun Dial.

It’s just beyond a popular hike to Lake Blanche on the Southeast side of the lake. Once we arrived at the base there was already one group on rock, and another waiting to ascend. The was moving, and pretty soon we were in the shade of the dial with the dropping temperatures and increasing wind the one group bailed. We waiting a until the group ahead of us was a couple pitches up and then we started up. The rock above must have been chossy because the group above us started dropping rocks. We started zig-zagging to avoid the drops, but it got pretty sketchy so we ended up bailing as well. The area was beautiful, so hopefully we can make it back and finish the climb.